It is very difficult to make a list of what to visit near us, Tuscany has an infinity of cities of art, characteristic villages, typical landscapes, nature reserves, there are the hills and there is the sea, there are museums and there are parks. Let’s try to make a small selection.

County Seats of Tuscany, Florence is one of the most beautiful and visited cities in the world. Here the Renaissance was born, here Dante, Giotto, Brunelleschi, Botticelli, Michelangelo, Leonardo da Vinci walked and left their sign. Florence has an infinity of monuments and museums for which it is famous in the world. You can start from Piazza del Duomo, with the Basilica of Santa Maria del Fiore surmounted by the majestic dome of Brunelleschi and stroll through the streets of the center until you reach Piazza della Signoria with Palazzo Vecchio the civic heart of the city. Here, after admiring Michelangelo’s David, you can get to Ponte Vecchio passing in front of the Uffizi Museum or go on to the medieval district of Santa Croce, with the square and Basilica in the center. But the possible itineraries would be endless to describe them in this space. Florence is 47 km from us. 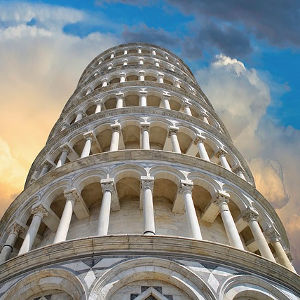 Pisa is known especially for the Leaning Tower, it was one of the 4 Maritime Republics. The most important monuments are: the aforementioned 12th century Leaning Tower, Piazza dei Miracoli with the Romanesque Pisan style Cathedral (from 1987 included in the Unesco world heritage list), the church of San Francesco designed by Giovanni di Simone and built after the 1276, the Church of San Frediano, a three-aisled basilica that houses a twelfth-century crucifix, the Church of San Nicola with an octagonal bell tower. Pisa is also famous as a university city (University of Pisa, Scuola Normale Superiore and Scuola Superiore Sant’Anna) and research (it has the largest headquarters of the CNR National Research Council). Pisa is 24 km from us.
Recently the port of Marina di Pisa, near the mouth of the river Arno, was renovated. 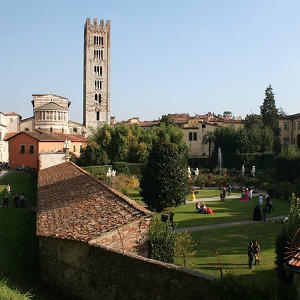 Lucca is a medieval-looking city surrounded by characteristic sixteenth-century still intact walls. The walls are more than 4 kilometers long and, on them it is possible to walk and cycle around the city, among trees and gardens.
Lucca has many ancient churches as well as towers, bell towers and Renaissance palaces. Starting from Piazza San Michele you can easily reach the other main squares such as Piazza San Martino with the famous Duomo, Piazza Napoleone, Piazza del Giglio with the Theater. Very famous is then Piazza dell’Anfiteatro, born on the ruins of the ancient Roman amphitheater. Lucca is 28 km from us. 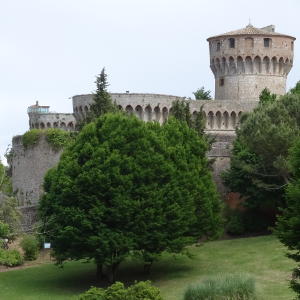 Volterra is a very beautiful and characteristic country of Etruscan origin. From the Etruscan period it preserves both the urban conformation and the many finds that can be admired. From the Roman period, instead, it preserves the amphitheater. Surrounded by the Tuscan countryside, Volterra is famous for the alabaster working, everywhere in the city you will find shops selling many objects of this material. Volterra is 29 km from us.

In the province of Siena, San Gimignano is also recognizable from afar for its famous profile dominated by the 13 medieval towers. In 1990 it was declared a World Heritage Site by UNESCO. Definitely worth seeing Piazza del Duomo and the Duomo, the Chapel of Santa Fina, the Civic Museum and Piazza della Cisterna. Walking through the streets of San Gimignano you will feel like going back in time. San Gimignano is 33 km from us.

Among the cities we can not fail to mention Siena, a little further (60 km) but rich in art and history and with its famous Palio. Much closer to us San Miniato with its Rocca di Federico II and Vico Pisano with the Rocca of Brunelleschi. In Pontedera you can visit the Museo Piaggio which traces the history of the most important brand and company of the country.

The nearest coast is around Pisa but with a few kilometers more you can reach to the north to the Versilia or to the south the Costa degli Etruschi.