During the Christmas period in Tuscany you can visit many representations of the Nativity, often different from each other. There are life-size nativity scenes, nativity scenes made of different materials, artistic nativity scenes and living nativity scenes. We can talk about real ” Streets of the nativity scenes” that cross our territory. Here is a list of Tuscan towns not too far from our farm that participate in the journey in the tradition of the cribs.

Let’s start with the Artistic nativity scene of Cigoli, a small hamlet in the municipality of San Miniato, which boasts the largest nativity scene in Tuscany and one of the most important in Italy. It is set up at the Mother of the Children Sanctuary of Cigoli and occupies an area of about 100 square meters. It reconstructs the Bethlehem of 2000 years ago among artisans, fishermen, scenes of daily life, Roman soldiers, huts, houses and cities. It is characterized by suggestive sound and light effects that change the screenplay reproducing the different moments of the day.
The history of Cigoli nativity scene begins at the end of 1800s when the parish priests of the Sanctuary begin to build a small nativity scene inside the church. In the seventies, thanks to the work of the Scout group of Cigoli, it was decided to start setting it up inside the parish halls adjacent to the church. In 2001 the parish group of the “Young Nativity Scene” was formed and the first “Artistic Nativity Scene of Cigoli” was born, covering an area of about 30 square metres; over the years the nativity scene became larger and larger, enriched with new special effects, moving characters, streams of water, increasingly realistic details, new technologies for the management of lighting and sound effects. Due to its particularity, it also receives visits from remote areas of Tuscany.
The theme of the 18th Artistic Nativity scene in Cigoli is “The Nativity at the Centre of the World – All Creatures of God”. It will have a completely renewed landscape with a complete and different layout of the salient places of Jesus’ life.

On the evening of Christmas Eve, in San Piero a Grado, do not miss the Living nativity scene. A theatrical performance, with more than two hundred participants accompanied by lights and music, tells the story of Jesus’ birth. Visitors will cross a path between Herod’s palace, the artisans’ shops, the fruit market and the two taverns where Mary and Joseph did not find shelter for the night.

Another living nativity scene, for the Epiphany, at the Badia San Savino in the municipality of Cascina just outside Pisa. It will retrace at different times the mystery of the Nativity.

In the province of Pisa are also worth mentioning the nativity scene of San Romano, Forcoli, Casciana Terme, Calcinaia and the one made in the premises of the “Museum of Natural History of the University of Pisa in the Certosa of Calci”.

Another very beautiful and noteworthy nativity scene is the Crochet Nativity by Gessica Mancini in Cerreto Guidi. The idea was born as a reaction to a disease: Gessica was diagnosed with Parkinson’s disease, from that moment to keep the mind busy she rediscovered an ancient passion, the crochet. He began by making two Magi Kings then, given the excellent result and with the encouragement of friends and acquaintances, she took the idea forward and year after year the nativity scene has grown and has involved more and more people. Today, through the Facebook group “The Ladies of the Crochet”, women from all over Italy and in some cases also from France participate in the creation of new characters. The nativity is set in today’s Chianti and also includes Vinci, Leonardo’s country: the project is to create the whole Tuscany in crochet. Today the crib has reached twenty-three metres in size and is part of the “Street of Nativity Scene in Cerreto Guidi”.

In Pescia instead you can admire and enter a living nativity scene. After the first edition set in the Bethlehem of the time of Jesus, the Nativity is now set up by a medieval camp in the time of St. Francis, rebuilt along the banks of the river Pescia, in a beautiful natural park. Visitors can walk among splendid horses, nobles, ancient merchants’ banquets, shops that evoke ancient trades and tastes, until reaching the Nativity in the hut located under Duomo bridge.

In Iano, in the municipality of Montaione, will be held the event Nativity scenes in the village, with dozens of nativity scenes, of all shapes and sizes set up in the houses of the village, in cellars and in the most unexpected places.

The “Street of the Nativity Scenes in Castelfiorentino” decorates the historical centre of the high town with more than fifty nativity scenes made both by artists and by the inhabitants of the town.

And these are just a small part of representations of the Nativity that will animate our region during the Christmas season. 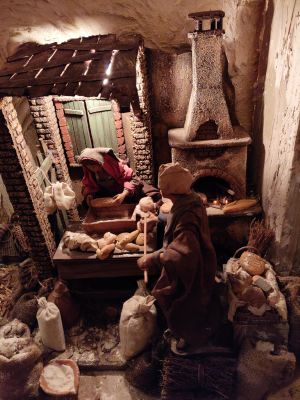 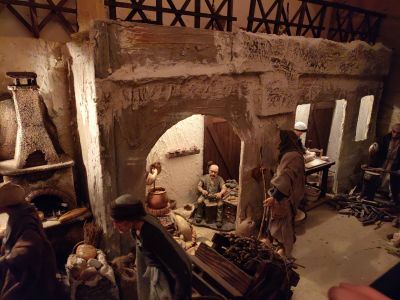 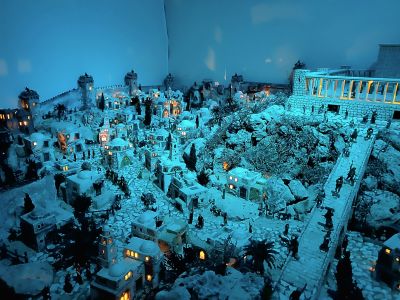 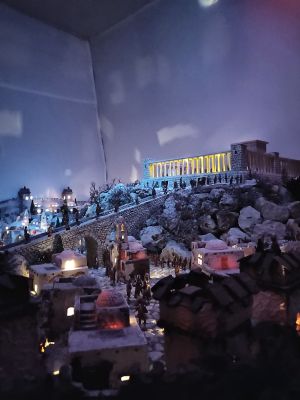 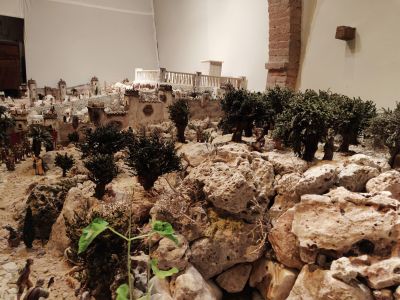 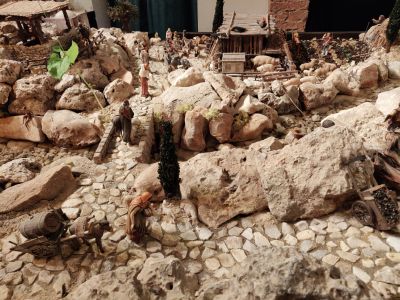 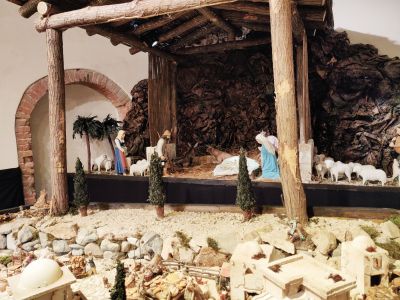 The tradition of the nativity scenes in Tuscany